On October 15, 2019, the 126th China Import and Export Fair (also known as the Canton Fair) opened grandly. On October 17, Mr. Chen Liang, founder of TradeAider, was once again invited by the Canton Fair Conference Forum as a special guest on the platform of the Canton Fair (Central Stage). Delivered a keynote speech entitled "More than inspection — The importance of integrity services in international trade" in English.

In his speech, Mr. Chen Liang discussed the importance of credit system construction and its important role in international trade from the perspective of trade dishonesty incidents in recent years. 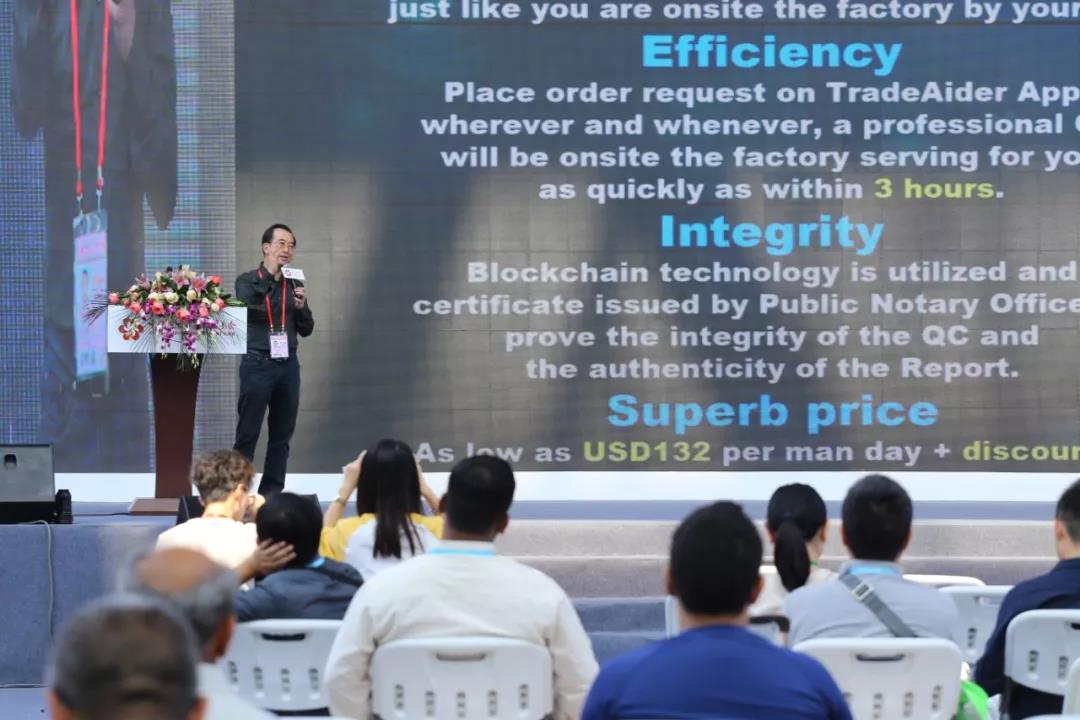 He pointed out that there is an old saying in China that "people cannot stand without faith, and industry cannot flourish without faith". The root cause of the endless incidents of dishonesty in international trade lies in the imperfection of the trade integrity system, especially the lack of a fair and just third-party trade integrity platform. Buyers and sellers in international trade are still mainly isolated single-point defense. Thus forming an "isolated island" of information. In the face of the complex and changeable international trade market situation, the original trade cooperation mechanism is more vulnerable to shocks, and the loss of reliable protection and the risk of transactions has become more prominent.

By giving full play to the positive role of the third-party trade integrity system platform, we can effectively break the information island and provide real and reliable integrity guarantees for both buyers and sellers in international trade.

The positioning of the TradeAider is the Internet + third party builder of the global trade integrity system infrastructure, which is equivalent to providing the most basic "water" and "electricity" in the construction of the integrity system.

To serve the world with the integrity network of TradeAider

Mr. Chen Liang introduced that by using the concept of sharing economy, based on Internet + means such as mobile interconnection, blockchain, big data, cloud computing, and Internet of things, more than 2.5 million QC in the national circulation field have been shared and utilized, and a huge, professional, efficient, transparent, fair and credible integrity network has been established, serving nearly 8000 enterprises. Users are located in more than 70 countries and regions around the world. 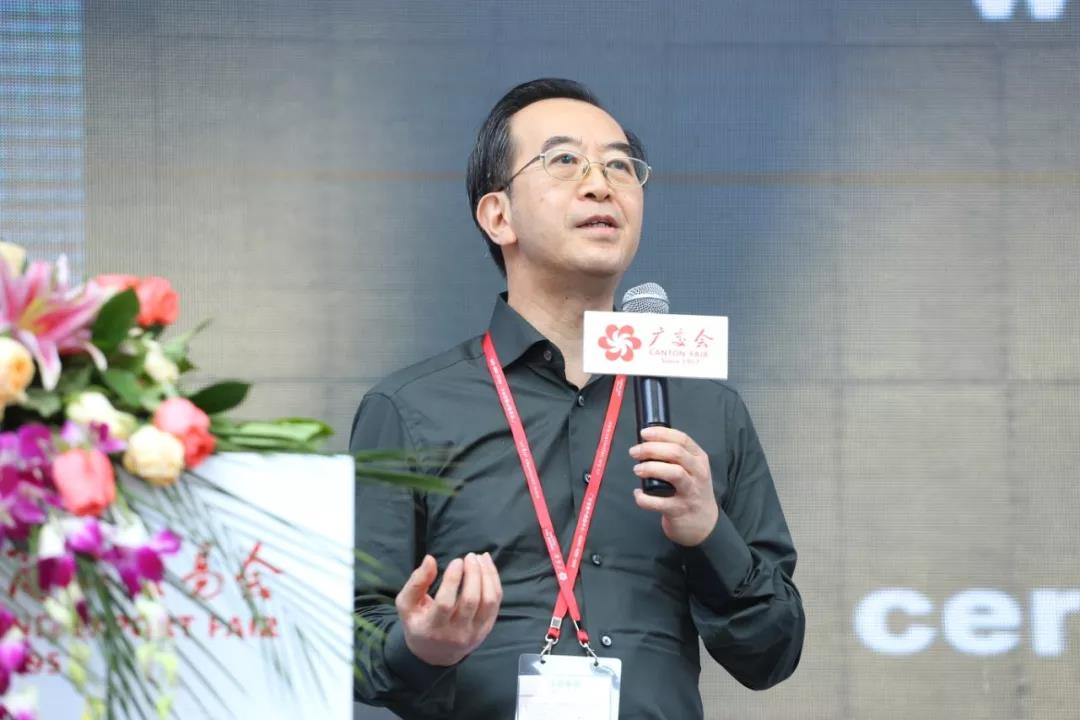 Mr. Chen Liang highlighted the latest "WeFinance Financing Credit Enhancement Service" launched by TradeAider in 2019. He said that trading enterprises have always had the problem of difficult and expensive financing. Financial institutions are "afraid to lend and unwilling to lend" because of information asymmetry and risk control. Now, with the launch of WeFinance financing and credit enhancement service, Starting from the two latitudes of trade authenticity assessment and wind control empowerment, on the one hand, through trade authenticity assessment to increase credit for enterprises, enterprises can quickly obtain low-cost, unsecured bank financing to solve the problem of capital turnover; On the other hand, it helps financial institutions to control risks and improve financing efficiency and security through wind control empowerment. At present, WeFinance financing credit enhancement service has been officially launched, and enterprises with financing needs can make online appointments. 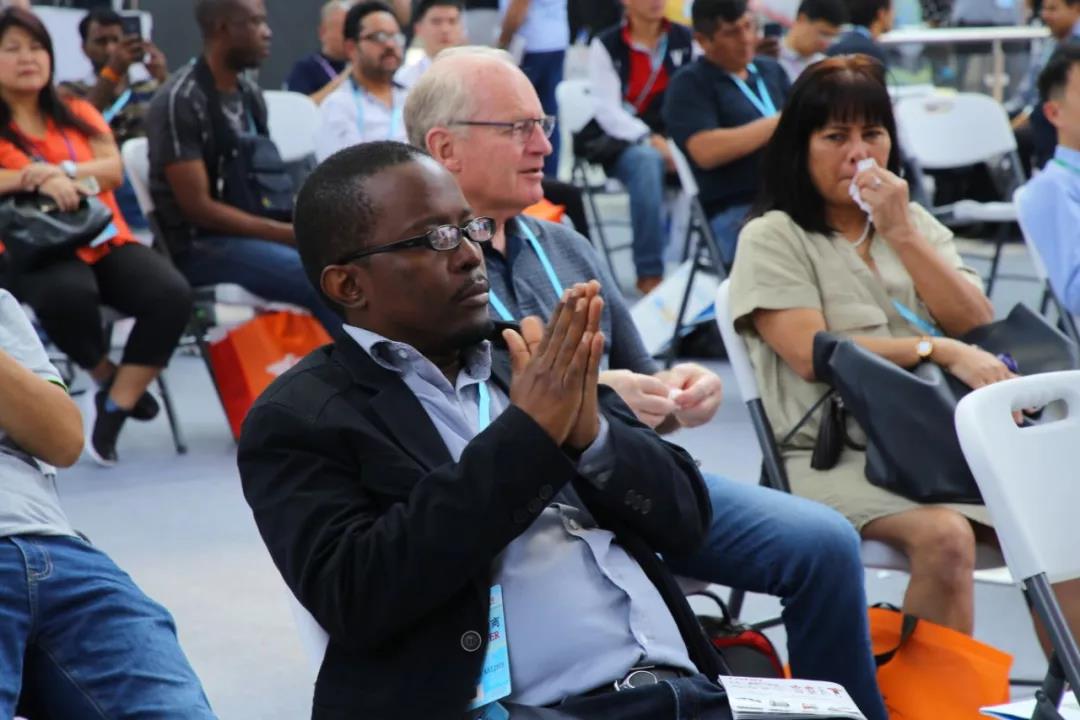 Mr. Chen Liang's speech in English attracted a large number of domestic and foreign businessmen to stop and listen, and applause continued on the spot. 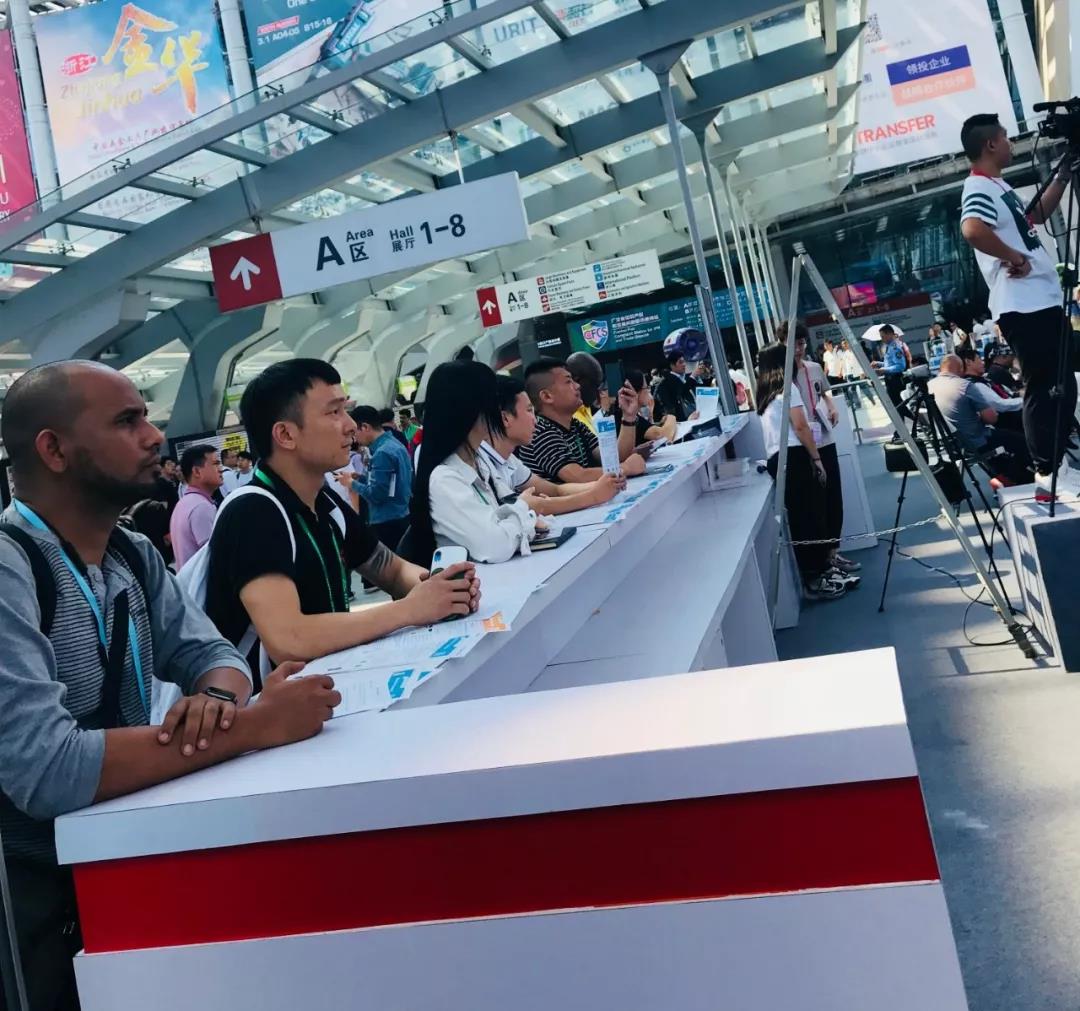 ▲ The speech was packed, and many audiences could only stop to listen.

The audience spoke highly of Mr. Chen Liang's speech, saying that the construction of the trade integrity system proposed in the speech expressed their aspirations, which are the desire and hope of traders all over the world.

Brazilian businessman: I like Justin Chen's old Chinese saying that honesty is the most important thing for me to choosing customers, and I believe they also value it.

German businessmen: The construction of a trade integrity system is needed all over the world. It's great to have such third-party services, which can effectively control risks for us. I like the third-party service, which is not only more professional but also more objective and fairer.

Spanish businessman: I like MyQC quality control service very much. It is very convenient and fast. I am also very interested in WeFinance and hope to have a deeper understanding.

When it comes to the interactive link, it is even more difficult to resist enthusiasm. Purchasers from home and abroad were particularly interested in the newly launched WeFinance financing and credit enhancement service. They asked questions about the application process, fees, and specific operations of WeFinance. Mr. Chen Liang answered them one by one, and his professional and humorous answers were unanimously recognized by the audience. 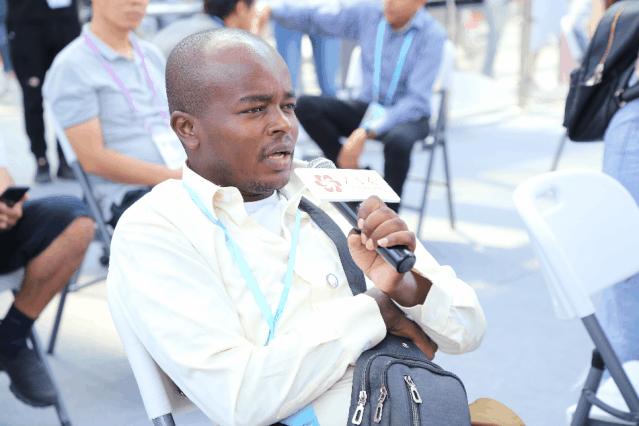 ▲ Overseas businessmen who were deeply attracted by the speech interacted with Mr. Chen Liang one after another.

After the speech, many listeners came to the booth to learn more about the three major businesses of MyQC quality control service, NoFake anti-counterfeiting traceability solution, and WeFinance financing and credit enhancement service, and to discuss cooperation matters. 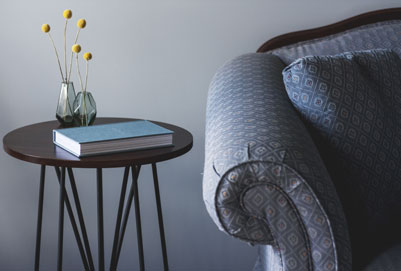